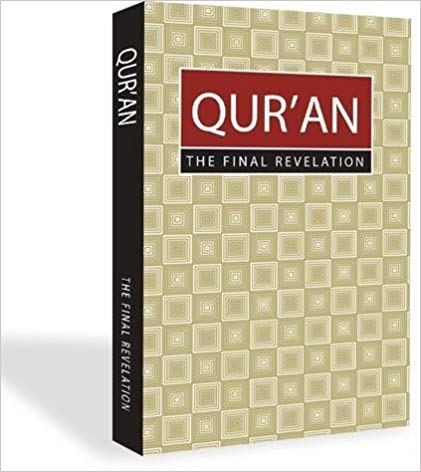 What follows is the forward to the print edition, available here.

English Interpretation of the Meaning of

Printed in the United States of America

The Qur’an is the final revelation for the Guidance of mankind from the same Almighty God who sent Abraham, Moses, and Jesus. This Qur’an is translated / interpreted word-for-word from Arabic to English in a simple way so that it can be understood easily by everyone. We used Allah (One and only like Him instead of God) throughout. Any word needed to clarify a meaning is added in parenthesis. All 25 names of the prophets mentioned in the Qur’an are listed as English names so the reader can find the same name mentioned in previously revealed scriptures. A Prophet tree is provided at the beginning with a list of places, nations, landmarks, etc. for each prophet as references. A map is provided to show the location of each of these places and nations. A brief list of the life events of Prophet Muhammad is given to understand the goals and objectives of his mission. Since he has been sent as the final Messenger for the entire universe until the Last Day of this world, all of his efforts focused on reaching out to all nations through delegations and letters towards peace for all mankind. He personally traveled many expeditions and wrote letters to different kings and rulers of different nations. Besides the Qur’an, all of his sayings with events (Hadith) narrated by his companions during his lifetime and afterwards were preserved and recorded in systematic order so a reader can find the detailed reference / reason in Hadith for any particular revelation in the Qur’an which was revealed during 23 years. Two copies of the originally compiled Qur’an are still preserved in Tashkent, Uzbekistan and Istanbul, Turkey. Today’s Arabic Qur’an is the same as the one originally compiled.

Table of Contents  (page number refer to the printed edition only) 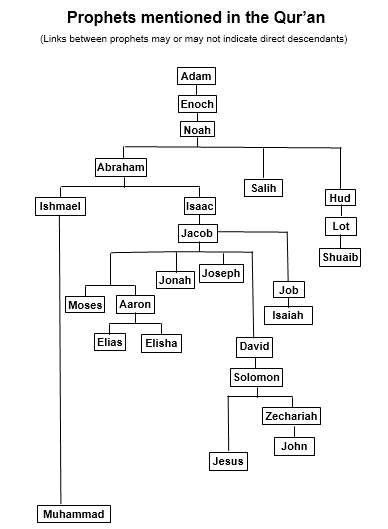 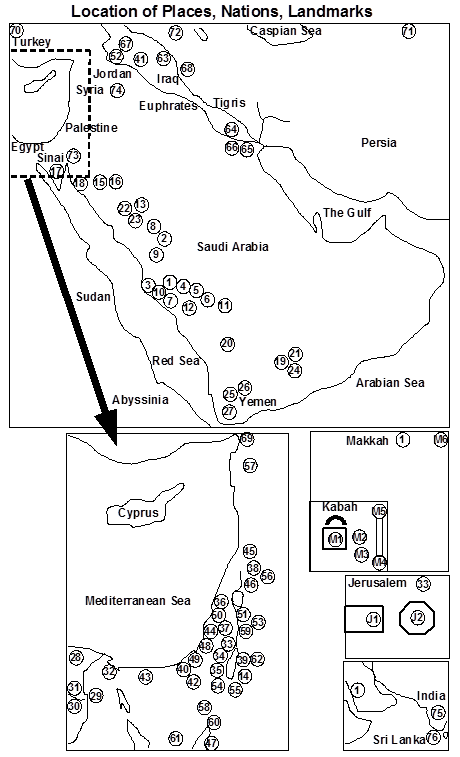 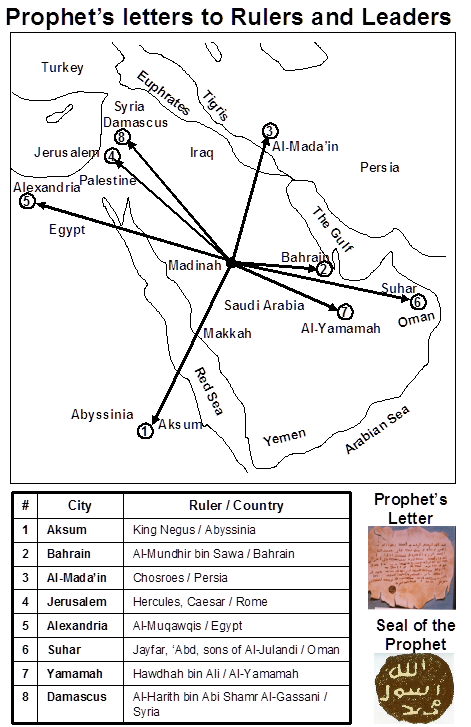 The Last Sermon of the Prophet Muhammad

(This Sermon was delivered at Arafat in March, 632 CE)

After praising and thanking Allah, he said:

O People, lend me an attentive ear, for I know not whether after this year, I shall ever be amongst you again. Therefore listen to what I am saying to you very carefully and take these words to those who could not be present here today.

O People, just as you regard this month, this day, and this city as sacred; so regard the life and property of every Muslim as a sacred trust. Return the goods entrusted to you to their rightful owners. Hurt no one so that no one may hurt you. Remember that you will indeed meet your Lord, and He will indeed reckon your deeds. Allah has forbidden you to take usury (interest); therefore all interest obligations shall henceforth be waived. Your capital, however, is yours to keep. You will neither inflict nor suffer inequity. Allah has judged that there shall be no interest and that all the interest due to Abbas ibn 'Abd'al Muttalib shall henceforth be waived. Every right arising out of homicide in pre-Islamic days is henceforth waived and the first such right that I waive is that arising from the murder of Rabiah ibn al Harith.

O People, the unbelievers indulge in tampering with the calendar in order to make permissible that which Allah forbade, and to forbid that which Allah has made permissible. With Allah, the months are 12 in number. 4 of them are holy, 3 of these are successive and one occurs singly between the months of Jumada and Sha’ban. Beware of Satan, for the safety of your religion. He has lost all hope that he will ever be able to lead you astray in big things, so beware of following him in small things.

O People, it is true that you have certain rights with regard to your women, but they also have rights over you. Remember that you have taken them as your wives only under Allah's trust and with His permission. If they abide by your right then they have the right to be fed and clothed in kindness. Do treat your women well and be kind to them for they are your partners and committed helpers. And it is your right that they do not make friends with any one of whom you do not approve, as well as never to be unchaste.

O People, listen to me in earnest, worship Allah, say your five daily prayers (Salah), fast during the month of Ramadan, and give your wealth in Zakat. Perform Hajj if you can afford it. You know that every Muslim is the brother of another Muslim. You are all equal. Nobody has superiority over another except by piety and good action. Remember, one day you will appear before Allah and answer for your deeds. So beware, do not astray from the path of righteousness after I am gone.

O People, no prophet or apostle will come after me and no new faith will be born. Reason well, therefore, O People, and understand my words which I convey to you. I leave behind me two things, the Qur’an and my example, the Sunnah and if you follow these you will never go astray.

The History of Compilation of the Qur'an**

Three stages of dotting and diacritization