My Path to Islam

Let me give you the general picture: I am white, 'middle class', and well past a half-century in age.

I went through all the typical white-middle-class nonsense.  I worked for the big corporation.  I climbed up the ranks.  I started as a computer operator, went through the promotions.  Systems tech.  Programmer.  Systems programmer.  Manager over a tech support department.  And so on.

House in the fancy suburb, bought my wife a Volvo, all that kind of thing.

Eventually I went out freelance, independent computer work.  Owned my own company.

Did the wrong drug. Found myself spending much more effort trying to do cocaine than trying to do the work my Creator gave me the talent for.

Found myself eventually in jail, of course.

But our Creator is merciful.  He had His plan.

That jail, a state jail, was more than a county lock-up, but less than the stereotypical "Hollywood " prison.  No riots, no tear gas, no beatings

(well... I did see two incidents, but let's not digress).

But the company in jail is not the most righteous, even for a junior criminal like me.  I certainly don't recommend it as a vacation spot for anyone... for one thing the help is really rude. ;-)

Anyway, I had noticed that there was one group in there that DIDN'T seem to be out to prove themselves tougher, who weren't busy trying to run one scheme or another, who seemed to be *unshackled* by the dark environment we were in.

That group, you might guess, was the black Muslims. And even that, I later learned, was an assumption on my part. Some of the brothers were Black Muslims (Nation of Islam) I would later learn, but most were Muslims associated with Mosques that (generally) joined W. Dean Mohammad when he led the bulk of the old N.O.I. away from Louis Farrakhan and his bunch and back to orthodox Islam.

This was good, and one of the signs of Allah's planning.  Because one day one of my black cellmates was in the same visiting area with his family when I was visited by my wife.

My wife at that time was an African American.  And word of this got back to the rest of the inmates in my area.  Naturally some of the bigoted whites thereafter treated me with disdain; no loss as they were not the sort I associated with.  But on the other side of the race line my own aloof attitude had (unknown to me) been interpreted as prejudice by some of my non-white cellmates.

Suddenly it was seen that that wasn't my stance.

Getting to the point, this all led to my being invited to an Islamic learning session. (Here in the U.S. prisons have to accommodate the faiths of the inmates, within limits)

A chance to get out of the block for a couple of hours?  (And some curiousity.)

I went. They called adzan and then one of the brothers with a good voice recited al-Fatiha.

It was like nothing I can explain. The Southern Baptists talk about being 'born again'... Brothers, sisters: is that the right word!

I cried like a baby.  There in the middle of a room full of felons. Tears streaming down my face.

Not one of them ever mentioned that to me. To the best of my knowledge it was never mentioned outside of that room (and stories like that spread faster than fire in there).

I had lost $106,000 but I had gained Islam. I would pay twice that without blinking. 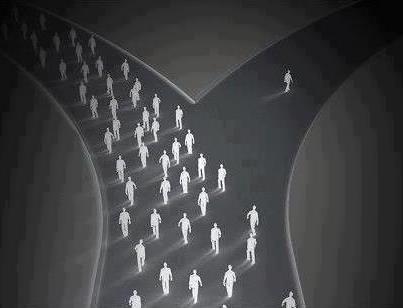 I do not need anyone else's affirmation of my Islam, I have received that from the ONE who matters!

(By the way, for anyone who wants to verify, the legal facts I related above are a matter of public record in the State of Texas.)

This account is not for my own fame or agrandizement but for the sake of Allah. If any good comes out of this story all the credit is due Him; only the mistakes are my own.

"O my Lord! bestow wisdom on me,

and join me with the righteous;"

You may also want to visit our FaceBook page here
https://www.facebook.com/IslamAwakened/