Also seen under the title "What Color Was The Dog?"

Once there was a community of Muslims who were small in number yet large in iman and strong in action. So much so that, the kufaar could not defeat them in battle even though they had the Muslims outnumbered.

One day a young man from the kufaar pretended to enter into Islam and he went to the big sheik in one part of the city and listened to his teaching of the Quran. The subject happened to be on the chapterof the Quran called Al Khaf.

When the sheik completed his talk he offered a chance for the brothers present to ask some questions. When it came the turn of the kafar, he asked the sheik the question:

"Sir, in the story of the 'sleepers' in the cave, there is mention of a dog. And I was wondering if I might inquire as to what color the dog might have been? I hope you don't mind my asking, especially if it is something that maybe you don't  know the answer to."

Immediately the sheik says to the young man, "That's no problem at all, everyone should know that the dog was YELLOW."

The young man said, "Are you sure? I mean, could it have been another color?"

"No." replied the old sheik, "It was definitely YELLOW." Once again the young man thanked him and when on his way.

The next night the young kafr man went to the other side of town and sat in another gathering of knowledge and they too were discussing different things about verses in the Quran.

So when it came time for the teacher to give each person attending, the opportunity to ask a question, the kafr man raised his hand and then asked the question, "In the chapter about the "Cave", the sleepers are mentioned in different numbers but each time there is a reference to their dog as being counted along with them. Now I was wondering whether or not anyone of knowledge has ever made any reference to what the color the dog might have been?"

The sheik immediately said, "Yes! The dog in this story in the Quran was BLACK."

The young kafar man was pleased and continued, "Sir, are you quite certain that the color of the dog mentioned in the story was BLACK?"

"Young man," he quickly replied, "I'll stake my reputation on that as a fact."

The next night the kafar still posing as a Muslim went back to the first sheik and when it came time for the questions and answers he raised his hand and asked, "Sheik, may Allah reward you for all your effort and knowledge and for sharing it with us. Could you maybe remind me about the answer to the question the other night about the color of the dog inthe cave in Surah Al-Khaf?"

The sheik said, "There is no doubt whatsoever amongst the great scholarsof Islam on this question. The dog was YELLOW. And anyone who says otherthan this has no knowledge."

With that the young man spoke up again and said, "Sir, what would yousay if someone else said that he would stake his reputation of being a scholar in Islam on the fact that the dog is not yellow, but rather that the dog is most certainly BLACK?"

The sheik quickly replied, "Then his reputation is not that of a scholar but one of a fool."

Now the next time the kafr man went to the sheik that was upholding the idea of the dog being BLACK, he told the sheik that the sheik on the other side of town was calling him names and saying that he had no knowledge of Islam and that for sure that the dog was YELLOW.

The old sheik became angry and shouted, "You tell him, that I said he is the one without knowledge. I'm the one who graduated from the greatestof schools of Islam, while he is but a fool." 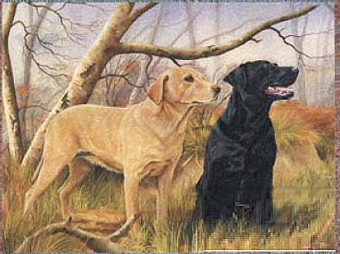 The plan was working. Before long the community was divided into two groups. Each group was claiming that their sheik was the one with the correct answer. Fighting broke out in the streets and the Muslims began attacking each other all over the city. Everyone became involved to the extent that there was not a single person who was excluded from this terrible situation. Screaming, shouting, hitting and fighting were everywhere.

And then it happened. The kafr went back out to his people and told them,

"Let us go to fight them now. You will now find them most easy to defeat."

What color, sect, or madhab is your community?